Intel today detailed Thunderbolt 4, the next generation of its cable connectivity solution, which is fully compatible with its predecessor Thunderbolt 3 and uses USB Type-C connector. The new interface was unveiled at CES 2020 in Las Vegas back in January, though the chipmaker didn't provide its specific details at the time of making its original announcement. Intel's Tiger Lake mobile PC processors will be the first to integrate Thunderbolt 4 technology. However, the Santa Clara, California-headquartered company has also announced the Thunderbolt 4 controller 8000 series to bring the new experience to various Thunderbolt 3 PCs and accessories that are already available in the market.

With Thunderbolt 4, Intel is aiming to expand its aim of offering a universal cable connectivity solution that it initially designed with Thunderbolt 3 hardware interface that was introduced in late 2015. The new interface can be used for data transfer as well as power delivery over a single connection. It is also compliant with the specifications of USB 4, DisplayPort, and PCI Express (PCIe).

Thunderbolt 4 delivers 40Gbps data transfer speeds, which is in line with what you get on the Thunderbolt 3 interface. The underlying protocol specification of the new interface is also identical with USB 4. However, Intel has provided upgrades including two 4K display connectivity, PCIe support at 32Gbps, and ability for docks to provide up to four ports. The new interface also requires Intel VT-d based direct memory access (DMA) protection to help prevent physical DMA attacks on computers. Further, it makes it mandatory for PC manufacturers to enable charging support on at least one Thunderbolt 4 port on the system that requires less than 100 watts to charge.

A computer featuring Thunderbolt 4 support can also be woken up from sleep by using the keyboard or mouse connected with a compatible dock. There is also support for docks with up to four Thunderbolt 4 ports. Earlier, hardware companies were able to offer a maximum of two Thunderbolt ports. You'll also start seeing Thunderbolt cables with up to two metres of length.

Intel aims that the first computers and accessories with Thunderbolt 4 ports will debut later this year, including laptops based on the company's programme codenamed Project Athena. Nevertheless, Lenovo has already confirmed that it will be one of the early adopters of the new interface. This suggests that the Chinese company would bring its new laptops based on Intel's next-generation mobile PC processors codenamed Tiger Lake.

Meanwhile, Intel has announced the Thunderbolt 4 controller 8000 series that will include JHL8540 and JHL8340 host controllers for PC makers and JHL8440 device controller for accessory manufacturers. The new controllers will be available commercially later this year. 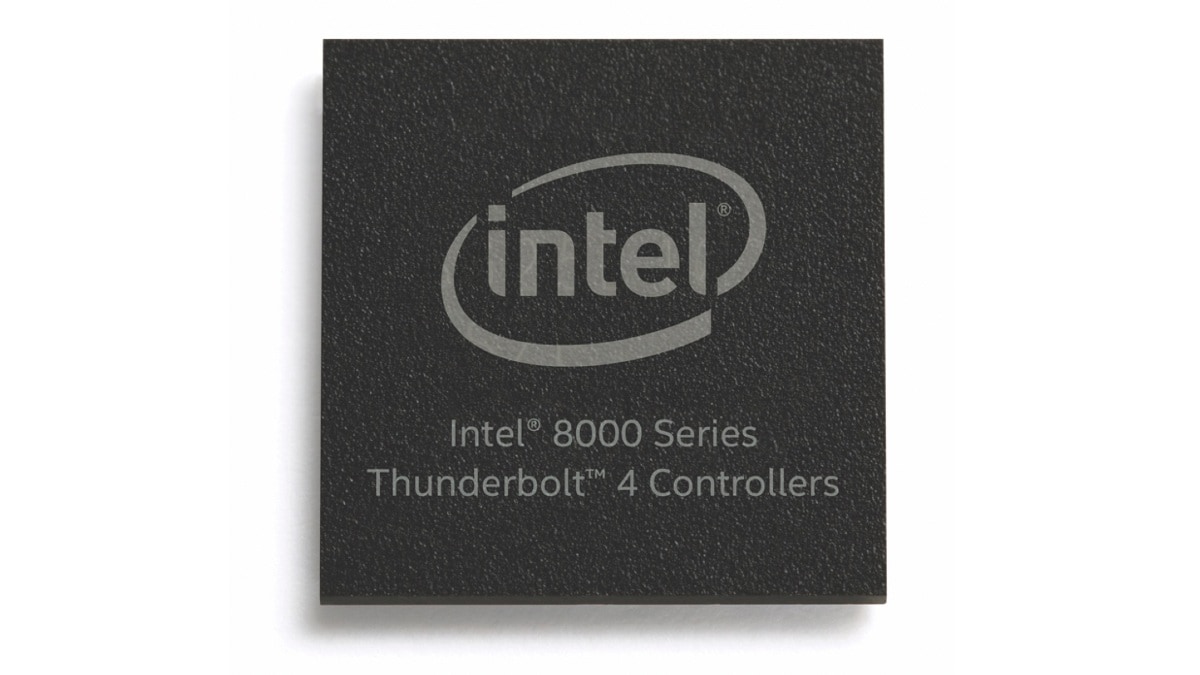 Thunderbolt interfaces are so far mainly found in premium computing devices and peripherals. Apple, Belkin, and Dell are amongst the key companies supporting the proprietary technology. However, Intel claims that Thunderbolt docks are already growing at a rate of 20 percent a year, and the Thunderbolt dock mix is expected to grow from nearly 25 to 40 percent over next few years.

Overall, Thunderbolt 4 isn't a major upgrade over Thunderbolt 3, the interface that was launched over four years back. It, however, does include elementary changes including increased minimum performance requirements and expanded capabilities to deliver an enhanced experience.

Is Mi Notebook 14 series the best affordable laptop range for India? We discussed this on Orbital, our weekly technology podcast, which you can subscribe to via Apple Podcasts or RSS, download the episode, or just hit the play button below.