macOS Big Sur public beta has now been made available for all members of the Apple Beta Software Program. Unveiled during the keynote at WWDC 2020 in June, macOS Big Sur is set to bring several design changes and updates to Safari, Messages, and Maps. It is said to be a noteworthy redesign of the desktop operating system - the brand's biggest since the introduction of OS X. Since this is a beta version, it could be laden with bugs that may hamper the performance of your Mac device. Hence, we recommend you to not install it if the desktop or laptop you use is your daily driver.

In a report, The Verge states that the update comes with significant design changes across the entire operating system'. The app icons seem to have been redesigned to look more like the ones on iOS platform. The menu bar at the bottom has a new translucent finish, and there is a new dedicated Control Center at the top to manage things like Bluetooth, AirDrop, Wi-Fi, display brightness, and sound level. The Control Center, too, has a very iOS-like design aesthetic to it. The Notification Center has also been redesigned to offer notifications and widgets in one single panel.

In Safari, macOS Big Sur brings some customisations to the start page, including the additions of favourites and frequently visited websites. Users can also add their favourite background image in the updated browser. A new Privacy Report feature was spotted in Safari that essentially shows all the blocked trackers. 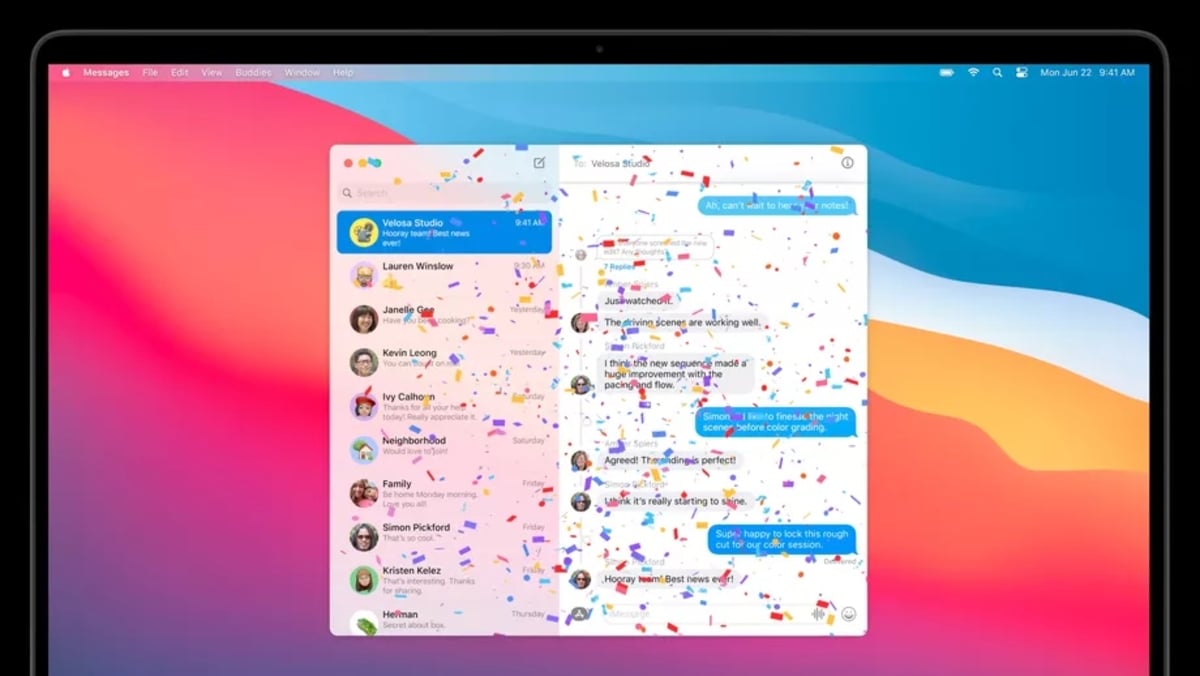 Messages is getting pinned conversations and inline replies just like its iOS 14 version.
Photo Credit: The Verge

macOS Big Sur public beta update also reveals some improvements to Messages, like the addition of effects that were first introduced in iOS. Furthermore, Messages is also getting pinned conversations and inline replies just like its iOS 14 version. Other improvements include new system sound notifications, the return of Mac's iconic startup chime, and much more.

WWDC 2020 had a lot of exciting announcements from Apple, but which are the best iOS 14 features for India? We discussed this on Orbital, our weekly technology podcast, which you can subscribe to via Apple Podcasts, Google Podcasts, or RSS, download the episode, or just hit the play button below.