Paytm First Games is back on Google Play two weeks after the app was pulled alongside the Paytm app. The Paytm app was reinstated on the same day, and Paytm First Games has eventually made a number of changes to come back as well. While removing the Paytm First Games and Paytm apps from the Play store, Google highlighted that its policies didn't allow casinos or support any unregulated gambling apps that facilitate sports betting, including daily fantasy sports, in the country.

As a result, Paytm now has Paytm First Games on Google Play, which doesn't ask for real cash but has a bonus account that adds bonuses from previous bids. This is unlike the earlier Paytm First Games app that involved real cash transactions for playing fantasy games.

Gadgets 360 reached out to both Google and Paytm for comment on Tuesday but neither company has made an official comment. However, in a blog post published on Wednesday, Paytm First Games announced the comeback of its app on Google Play.

The company, owned by Noida-based One97 Communications, stated that it had brought back the app with free fantasy sports, while its pro version is available for download directly through the Paytm First Games website. The pro version, which is essentially what Paytm has on Google Play earlier, lets you add real money via UPI, cards, or netbanking to a deposit account, which isn't available on the Google Play version. The company also alleged a dichotomy between Google Play's policies and Google's ads business. 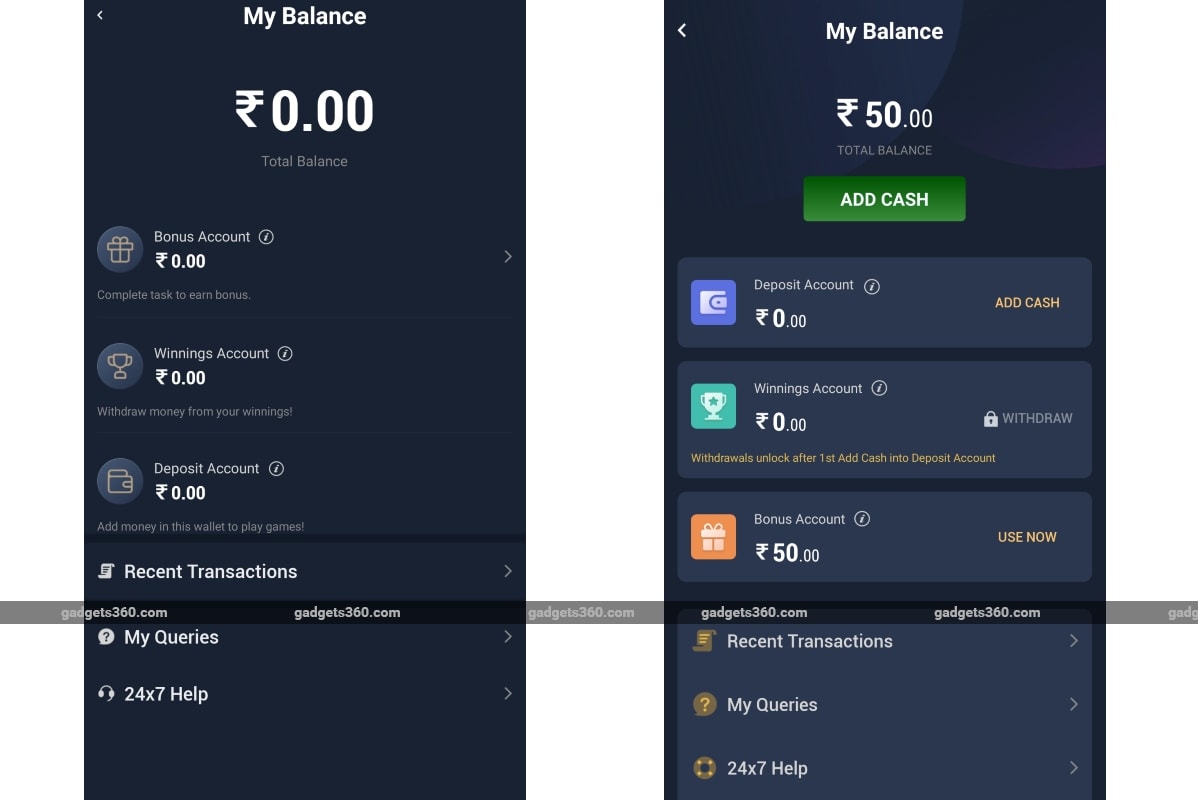 Additionally, Paytm First Games stated that while Google blocked fantasy gaming, it is a completely legal business in the country.

The arbitrary (and self-serving) policies of Google, and their arbitrary interpretation of these policies is a dangerous, and extra-judicial, enforcement of monopolistic powers, against the interest of developers and users, the company noted in the blog post.

On September 18, Google had pulled the Paytm and Paytm First Games apps from the Play store. The US giant initially didn't provide any clarity on the removal, though it redirected media queries to a blog post that highlighted its gambling policies. However, Paytm hit back at Google shortly after its regular app came back on the Play store and claimed that particularly its regular app was removed due to offering cashbacks.

Google responded to Paytm's claim and released a statement saying offering cashbacks and vouchers alone do not constitute a violation of our Google Play gambling policies. It also underlined that in the case of repeated policy violations, more serious action which may include terminating Google Play Developer accounts could be taken.

Paytm and other tech startups in India conducted a video conference last Tuesday to discuss a national alternative to Google Play. The discussion was also moved to the government and was aimed to take on Google, which currently dominates the market of app stores in the country. The entrepreneurs participating in the discussions also pointed out the 30 percent cut that Google imposes for offering its in-app purchase mechanism.

On Monday, Paytm announced the Paytm Mini App Store, with full page advertisements in newspapers. Although it's being pointed out that this is not a full fledged app store like Apple App Store or Google Play, offering native applications and developer tools but is instead a collection of Progressive Web Apps (PWAs) that run inside a browser within the Paytm app, others say this is the first step towards providing developers an alternative to Google Play.

Possibly as a response to the concerns raised by Indian entrepreneurs, Google rolled back the enforcement of its 30 percent in-app commission for developers using Google Play billing system in the country until March 31, 2022.

Disclosure: Paytm's parent company One97 is an investor in Gadgets 360.

Should the government explain why Chinese apps were banned? We discussed this on Orbital, our weekly technology podcast, which you can subscribe to via Apple Podcasts, Google Podcasts, or RSS, download the episode, or just hit the play button below.