A team of US astrophysicists has produced one of the most precise measurements ever made of the total amount of matter in the Universe, a longtime mystery of the cosmos.

The answer, published in The Astrophysical Journal on Monday, is that matter accounts for 31.5 percent, give or take 1.3 percent, of the total amount of matter and energy that make up the Universe.

The remaining 68.5 percent is dark energy, a mysterious force that is causing the expansion of the Universe to accelerate over time, and was first inferred by observations of distant supernovae in the late 1990s.

Put another way, this means the total amount of matter in the observable Universe is equivalent to 66 billion trillion times the mass of our Sun, Mohamed Abdullah, a University of California, Riverside astrophysicist and the paper's lead author, told AFP.

Most of this matter, 80 percent, is called dark matter. Its nature is not yet known, but it may consist of some as-yet-undiscovered subatomic particle.

The latest measurements correspond well with values previously found by other teams using different cosmological techniques, such as measuring temperature fluctuations in the low-energy radiation left over from the Big Bang.

"This has been a long process over the course of 100 years where we're gradually getting more and more precise," Gillian Wilson, the study's co-author and a professor at UCR told AFP.

"It's just kind of cool to be able to make such a fundamental measurement about the Universe without leaving planet Earth," she added.

So how exactly do you weigh the Universe?

The team honed a 90-year-old technique that involves observing how galaxies orbit inside galaxy clusters, massive systems that contain thousands of galaxies.

These observations told them how strong each galaxy cluster's gravitational pull was, from which its total mass could then be calculated.

Fate of the Universe

In fact, explained Wilson, their technique was originally developed by the pioneering astronomer Fritz Zwicky, who was the first person to suspect the existence of dark matter in galaxy clusters, in the 1930s.

He noticed that the combined gravitational mass of the galaxies he observed in the nearby Coma galaxy cluster was insufficient to prevent those galaxies from flying away from one another, and realised there must be some other invisible matter at play.

The UCR team, whose research received money from the US National Science Foundation and NASA, refined Zwicky's technique, developing a tool they called GalWeight that determines more accurately which galaxies belong to a given cluster and which do not.

They applied their tool to the Sloan Digital Sky Survey, the most detailed three-dimensional maps of the Universe currently available, measuring the mass of 1,800 galaxy clusters and creating a catalogue.

Finally, they compared the number of clusters observed per unit volume in their catalogue against a series of computer simulations, each of which was fed a different value for the total matter of the Universe. 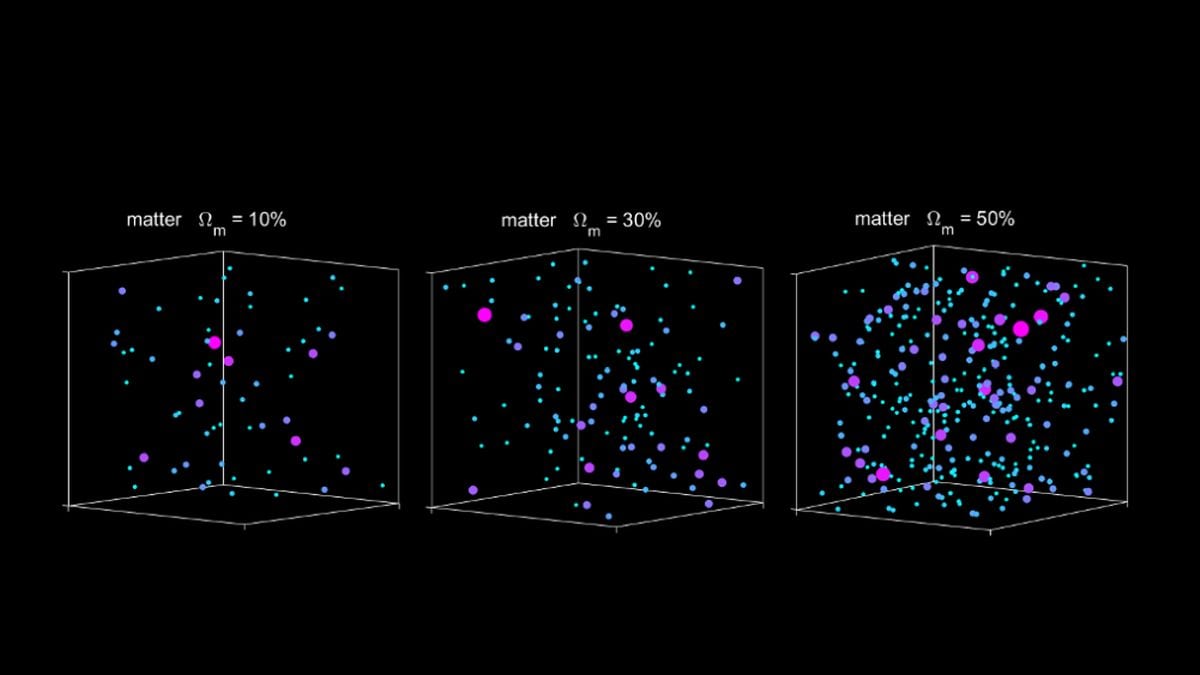 Wilson explained that having a more precise measure of the total amount of matter in the Universe may take us a step closer to learning the nature of dark matter, because "we know just how much matter we should be looking for" when scientists carry out particle experiments, for example at the Large Hadron Collider.

What's more, "the total amount of dark matter and dark energy tells us the fate of the Universe," she added, with the current scientific consensus being that we are headed for a "Big Freeze" where galaxies move further and further apart, and the stars in those galaxies eventually run out of fuel.

Will Xbox Series S, PS5 Digital Edition fail in India? We discussed this on Orbital, our weekly technology podcast, which you can subscribe to via Apple Podcasts, Google Podcasts, or RSS, download the episode, or just hit the play button below.